The first official fund raising event for the not for profit will see Manx born, award winning filmmaker Sarah Kerruish return to the Isle of Man to premiere her highly acclaimed independent film and documentary, ‘General Magic’.

Love Tech Isle of Man formed in 2017 to raise awareness about career opportunities for girls in Science, Technology, Engineering and Mathematics (STEM), announce their latest event to take place on Saturday 19 January 2019 at the Broadway Cinema, Douglas.

The first official fund raising event for the not for profit will see Manx born, award winning filmmaker Sarah Kerruish return to the Isle of Man to premiere her highly acclaimed independent film and documentary, ‘General Magic’. 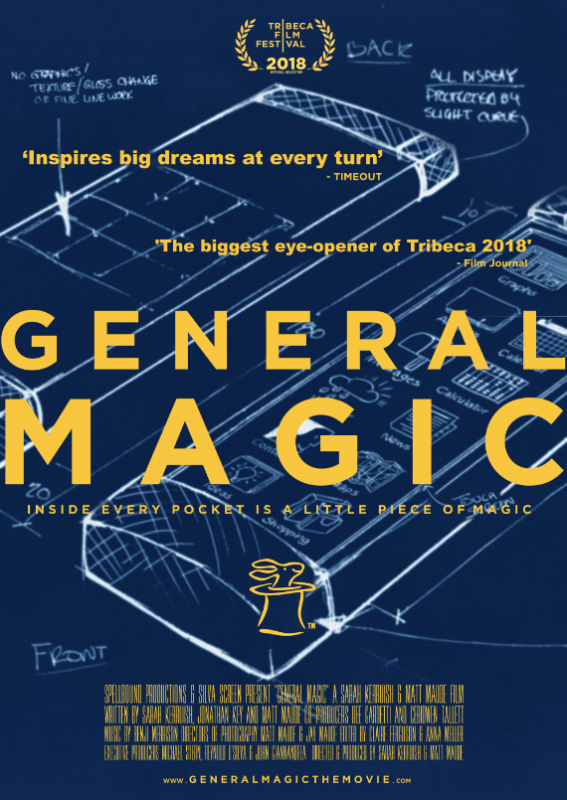 The first of two screenings kindly supported by Digital Isle of Man, Continent 8 Technologies, GameOn Marketing and IT works will be shown at lunchtime, exclusively for teenagers between the age of 14 and 18. Tickets are just £10 each and include the film, refreshments plus a cinema ‘goody bag’.

The evening event kindly supported by Annexio, The Stars Group, Continent 8 Technologies, GameOn Marketing and Digital Isle of Man is priced at £60 per ticket and aimed at the local business community. Tickets include a welcome glass of fizz, soft drinks, dinner, the film, refreshments and a cinema ‘goody bag’.

Sarah Kerruish, co-director and co-producer of the film, grew up on the Isle of Man, but after embarking on a Manx scholarship with the University of Idaho, this changed the course of her life forever. She lived in the US for 20 years, the last 15 of which were spent in Silicon Valley where she worked alongside some of the great inventors of our age.

The film ‘General Magic’ is the story of one of history’s most talented technology teams. From the first smartphones to social media, e-commerce and even emojis, the ideas that now dominate the tech industry and our day-to-day lives were born at General Magic, a 1989 Silicon Valley start-up that most of us haven't heard of. This fascinating documentary is a tale of how great vision and epic failure can change the world.

The film features members of the original Mac team along with the creators of the iPhone, Android and eBay, all of whom alongside saw ‘the future’ decades before it happened. The film captures the spirit of those of us who dare to dream big and the life-changing consequences when we fail, fail again, fail better, and ultimately succeed. The trailer can be seen here: www.generalmagicthemovie.com

Following each screening, compere Christy De Haven will be joined by Sarah Kerruish for an engaging question and answer session.

“We’re absolutely thrilled to have Sarah back to the Island for this exciting event, not only to share her inspiring and incredible journey, but to also premiere the fascinating story of General Magic with the Manx public. Love Tech’s mission is to inspire, engage and empower girls to explore career opportunities in Science, Technology, Engineering and Mathematics and what an incredible role model we have in Sarah.”

“Our hope is that General Magic will inspire the next generation of technologists and makers to learn from those who have gone before them and apply the lessons of General Magic to solving the most important problems of our day.”