After training and working in London, Ian and his wife decided to spend a year in the Isle of Man to have a change of pace from city living. Two years on, they are loving Island life, with no plans to leave anytime soon!

How long have you lived on the Isle of Man and what made you move here?

I have lived on the Isle of Man for 2 years now. I moved over here after finishing my foundation medical training. Having previously worked in London, I fancied a change from city life and, growing up in North Yorkshire, I missed the countryside and was interested to see what it would be like working in an Island.

My wife grew up on the Isle of Man before leaving for University and suggested we could spend a year out of the “rat race” before moving back to the UK for me to finish my medical training. Fast-forward two years and we enjoy life here so much we have decided to stay long term.

How would you describe it to someone who has never been?

Unique! On a sunny day there isn’t a place you would rather be. The countryside is stunning and you don’t have to worry about finding a parking space at the seaside on a hot day!

It’s awesome to be able to live so close to the beach and have all the amenities you could possibly need either walking distance or a short car drive away.

There are plenty of great places to eat and drink and most weekends there is an event of some sort. If you fancy a weekend off the Island, London, Liverpool, Manchester, Dublin and Edinburgh are just a short flight away.

It is super safe and a great place to bring up children. It’s not overcrowded and there is a great community feel about the place. A lot of people say there isn’t much to do on the Isle of Man because there isn’t a shopping complex or a theme park but I would argue that if you like being outdoors and enjoy sports there aren’t many better places.

How did you find a job on the Isle of Man?

I looked on the Job Train website after googling “isle of man doctor jobs” and applied for a generic doctor job to suit my level of experience. Within a few days I had an email from one of the hospital managers asking me if I wanted to apply for a clinical fellow job in the emergency department at Nobles.

Despite the fact I couldn’t get time off work to come over for a face to face interview, the whole process was very smooth, with the video interview being very straight-forward. The recruitment team at Nobles were also really helpful in finding my wife a job.

Tell us about your job – what do you enjoy most about it?

The emergency department is great to work in. It is a really friendly department with a great team ethos. If you show you are enthusiastic and committed there is loads of room for progression.

We have the TT every year which creates a really unique learning environment where you see medical cases you wouldn’t see in an equivalent sized hospital in the UK.

Do you feel there is career progression for you on the Isle of Man?

As a doctor, general practice is the only training program where you can spend the entirety of your training on the Isle of Man. Before starting GP training I worked in the Emergency Department for two years where there were plenty of opportunities to improve and progress your skills.

How was your experience moving to the Isle of Man?

The process involved filling in a few forms and I had no issues with applying for a work permit.

What difference has living in the Isle of Man made to your work-life balance? How do you spend your free time?

One of the main benefits of living in the Isle of Man is the improved work-life balance compared to the UK. From a travel point of view there is less traffic and the commute is rarely more than 30 minutes (it is approximately 45 minutes to get from one end of the island to the other) which means, compared to living in the UK, you have at least an extra hour in the day to exercise, relax or see your family. I personally find the amount of time spent commuting is inversely proportional to well-being and happiness.

I live in Port Erin which is in the south of the island. The beach is a 5 minute jog away and there is an abundance of stunning running routes which I often use to unwind after work.

Work on the Island has its challenging and stressful moments but on the whole it is more relaxed which makes it more enjoyable. The people tend to be laid back and friendly the whole Island has more of a community feel about the place. 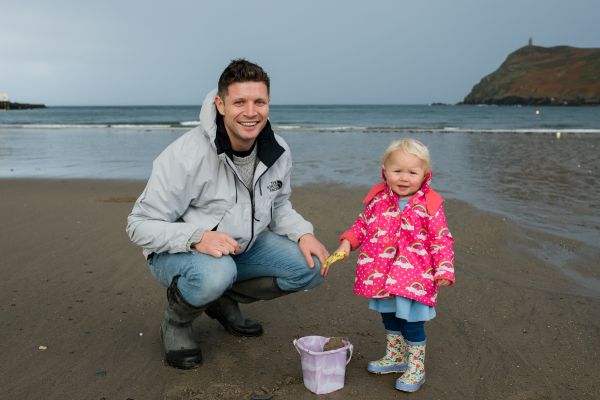 What’s the best-kept secret on the Isle of Man?

There are simple things like having milk delivered to your doorstep and the fact you don’t have to chain up your bike while you have a coffee stop on a Sunday ride.

In my first week on the island I remember hearing the news on the radio. It was a plea to find a tourist who had left their wallet in a pub in one of the towns so that it could be returned to them, I have never experienced community spirit quite like it further afield!

What opportunities has living on the Isle of Man given you and your family?

I have an 18 month old daughter who was born shortly after moving to the island. We love being able to take her down to the beach. People are so friendly. It is so safe we can relax whilst she plays in the sand. On most days you pretty much have the beach to yourself.

I hear the schools are really good. I know she will have opportunity to all the extra curricular activities she would have in the UK but access to these opportunities will be easier.

One of the best opportunities living in the Island has given me is time. Instead of spending an hour plus each day commuting to work, I am able to spend this time with my family, exercising or doing something productive. As well as this, the reduced rate of tax means that you receive more of the money you work so hard to earn. 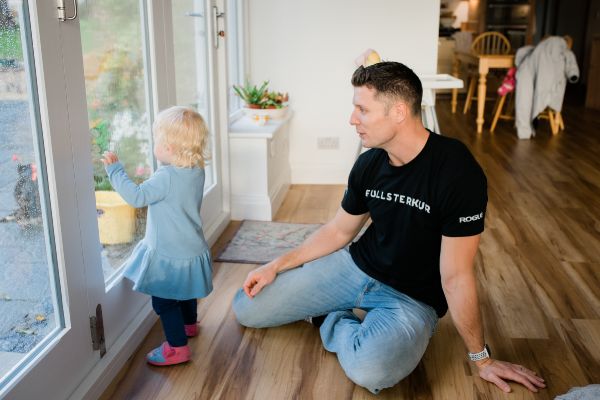 Why would you recommend the Isle of Man to others looking to relocate and what would be your top tips?

It really is the best kept secret in the British Isles. Its safe, easy to return back to the UK, the people are friendly and, if you like sport, there is so much to do.

The best thing about this island is that it is unique. There is nowhere else quite like it.