Nick Bolton, CEO of software company, Symless, talks to us about moving back to the Island to relaunch the company and their product, Synergy.

Nick Bolton is originally from the Isle of Man, creating his first application at the young age of 13 while being completely self-taught. Nick built the company up over a number of years and eventually started selling his software to on-Island companies like the Isle of Man Creameries and Deanwood. After heading to university off-Island, Nick has returned to the Isle of Man to relaunch his company, Symless. His company sells mostly to individuals but also has some pretty interesting customers like Apple, Pixar, and Disney.

Can you tell us a bit about your journey from being self-taught on the Island to developing software in England?

Originally I learned how to code from the Internet. Later on, I went to the University of Aberystwyth to learn how to code for real.  I met some incredibly intelligent people there and learned from them things like Agile Software development. After university, I was still doing bespoke software development on the side but I wanted to work with a team of developers, so I went to work for a software company in Surrey, England for a little while.

How did Synergy come about?

When did you make the decision to make Synergy and Symless your focus?

I realised after 18 months at that company that I was more suited to be an entrepreneur rather than working for a corporation that had different goals than myself. I had been working away on Synergy until 4 am one morning and then got up at 7 am for work. I almost had a car crash and I remember at that point thinking ‘okay, today I will write my letter of resignation and whatever it takes, I will just code from my bedroom and work on this. If I don’t make any money out of it then who cares?’. I’d much rather be happy than be working for somebody else in a job where I’m not passionate about what I’m doing.

And so Symless and Synergy were born?

Yeah! I naturally started trying to figure out how to make money with Synergy, so that I could hire developers and make the product really great. I started accepting donations for the software; $1, $5, $10, whatever people wanted to give. I saw after about 6 months of doing this that some people were giving me $200 or more, which they really didn’t have to, because at this point the software was totally free for download.

So how did you arrive at the business model you use today?

I realised I wanted to build something for the global market, I wanted to work with a team of developers; I just couldn’t see a way to develop at the pace I wanted to without a team of people around me. So after a few years, we evolved from the donation model to a conventional purchase model. I figured out the right pricing and the company grew from a turnover of £6,000 per annum (about enough to cover rent) to last year’s £1.6 million.

What sparked your relocation back to the Isle of Man?

What I realised is that the last year was incredibly successful from a revenue and profit viewpoint but the product wasn’t reaching its full potential in terms of technology and market reach. I knew I would have to revamp and re-launch.

That must have been a hard decision for you.

I think having the right advice and right mentorship makes all the difference. I was speaking with my longtime friend, Dan, who said to me, “Well Nick, why are you rebuilding your company in the UK? You can go to the Isle of Man, you’re from there, and my Dad’s involved in this new venture, this incubator called The Engine House. You should come and check it out.”

The Engine House is a great space!

Oh absolutely. So, on Dan’s advice, I flew over and spoke to Eric, who I already knew from when I lived on the Island. As a young entrepreneur, I looked up to Eric as a successful businessman and I realised there’s an opportunity here to work with Eric, basing the company at this new, amazing incubator space.

What does the move to the Island offer the company that you wouldn’t have found elsewhere?

I can build the company much, much faster in the Isle of Man due to the government support and more favourable economic climate, especially in the tech industry. Because of this, I can hire more software developers looking to relocate to the Island from all over the world who are absolutely thrilled at the idea of making the Isle of Man their home because it’s so idyllic.

Have you utilised the Isle of Man Government much since your move back?

The Isle of Man Government is much more accessible and helpful than any other government I’ve experienced, giving businesses access to a wide variety of financial grants and even assistance with office rent. You can actually talk to somebody in government very easily. I’ve been in constant contact with so many members from Locate.im and the Department for Enterprise to help get the relaunch off the ground and to help hire both on and off-Island to the team.

That sounds pretty fantastic. Can you give us a sneak-peak into your plans?

My plan is to hire and mentor 8 new software developers in the next year, going up to 25 new employees over the next 3 years. All very exciting! I see the company being able to grow much bigger and faster here on the Island, rather than if we’d done the same thing somewhere else.

Do you think the Isle of Man will be the permanent home for Synergy and Symless? 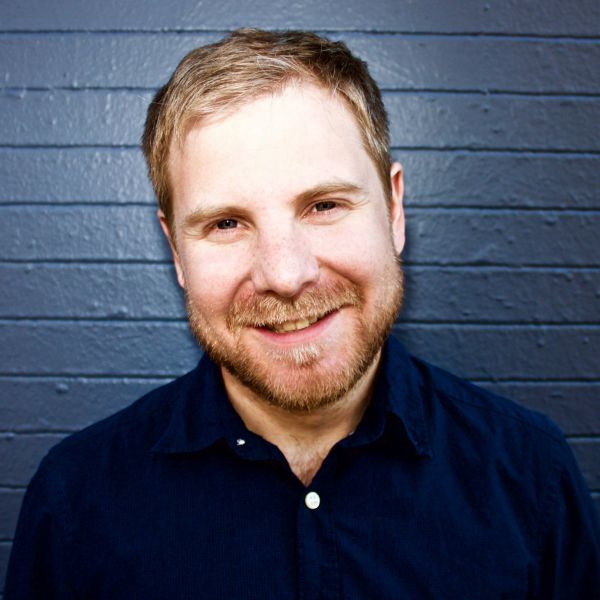