Isle of Man Food and Drink

Love good food? Love good drinks? Perfect, so do we!

The Isle of Man is famous for its award winning cuisine. From local delicacies to global fare, the Manx food scene is sure to delight.

The Isle of Man boasts over 192 restaurants, countless cafes, street-food, and pop-up spots. Whether you’re in the mood for a romantic French bistro or a Chinese takeaway, you can find whatever your taste buds desire. 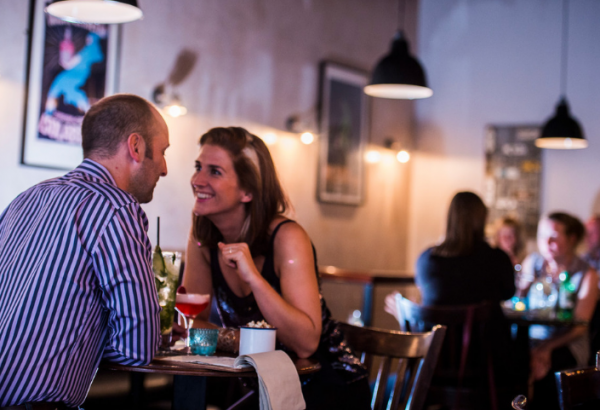 The capital city of Douglas is home to a variety of eateries set upon glorious sea-view backdrops. Along the Quayside and Douglas Marina you’ll find everything from family friendly dining to trendy fusion restaurants.

Ramsey and the north of the Island provide magnificent mountain views and some seriously delicious bistros. Peel and the west are known as ‘Sunset City’, so this could be your new favourite place for date-night dinners! Seafood is what the west is known for and with an abundance of restaurants, it’s hard to choose.

Port Erin and the south have been popular vacation destinations since the Victorian era and retain that same charm and sophistication of yesteryear. Whether you’re in for a relaxing day at a sandy beach or a boat trip to the Calf of Man, the south of the Island is sure to fill you up with wholesome eateries. Maybe you’re planning a hike to Bradda Head or going out to an adventurous paragliding session… Then you might need something more substantial- head to one of the local pubs for some filling, fantastic eats (don’t forget to stop for ice cream!)

Click HERE to browse through some of our local restaurants and find your new favourite.

We do have a few dishes that are all our own… 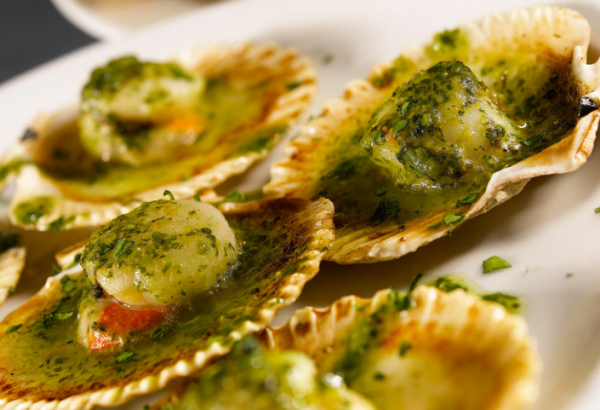 We are an island, so seafood is DEFINITELY one of our specialties. MANX QUEENIES (Queen Scallops), our newly named National Dish, are always on the menu here and for VERY good reason. These delicacies are light, buttery, and succulent. Traditionally served in a white or cream sauce, these little guys are sure to be your new staple.

CHEESE! Who doesn’t love cheese?? The Isle of Man is renowned for our cheeses especially from the award-winning Isle of Man Creamery. This cheese is so good, it gets exported all over the world- but in the Isle of Man, it never travels more than 15 miles from farm to fork!

Bonnag is our unofficial national bread. Bonnag is a simple flat bread made without yeast and usually containing some dried fruits. This crumbly treat can be found in our tea rooms and serves well with a nice jam!

Loaghtan Lamb is native to the island and no, you’re not seeing double, these sheep have 4 (or 6!) horns. The Loaghtan was threatened with extinction in the 1950s and have since been brought back from the brink. The lamb is tender with a complex flavour and is a TRUE delicacy.

No Manx food list would be complete without the mention of KIPPERS. Kippers have been fished, cured and served on the island since the 1500s, so we think we’re doing it right. The kipper is a whole herring butterflied then salted, pickled, and smoked over oak chips. Traditionally, kippers were a breakfast staple- but we usually have them now for a treat with tea.

It’s hard to argue with the calibre of your brew when it’s still made from quality standards set forth by an act of Parliament in 1874. The Manx Beer Purity Law, enacted by Tynwald in 1874, allows for only four ingredients in any ale: water, malt, sugar and hops.

The laws were loosened A BIT in 1999, allowing for the additions of fruit, wheat beer and lager.

The Isle of Man has four breweries. The oldest, Okell’s, was the initiator of The Manx Beer Purity Law and still maintain their passion for brewing the perfect pint. Okell’s release new brews throughout the year with each one surpassing the last!

Bushy’s Beer is possibly the most famous brewery on Island and hosts a ton of real ales like session ales and their glorious ‘Oyster Stout’ (with REAL oysters). Bushy’s Beers can be found around the island, in the UK and Gibraltar.

Old Laxey Brewing Company is the smallest on the island, but don’t let its size fool you! Their beer packs a pig punch! They brew their ‘Bosum Bitter’ for the Shore Hotel in Laxey.

The newest member to the Island’s brewery brotherhood is the Hooded Ram. This brewery was founded in 2013 and brews small American style brews, offering a different range of beers to those normally found on the island. 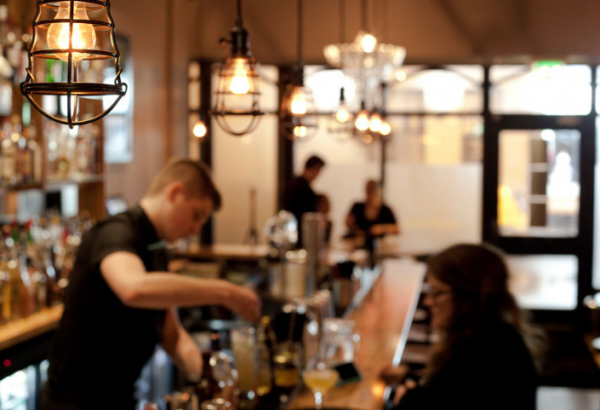 Whether you’re in the mood for a cosy pub dinner and a pint or a crazy night out complete with artisan cocktails- the Island has something for every mood.

Our country pubs are great for a bite to eat with the whole family and are often open late serving great beer and little nibbles into the night. These local pubs are a favourite with our islanders offering everything from ‘beer garden’ seating to pool tables and live music.

Along the Promenade and Quay in Douglas you’ll find great cocktail bars nestled against the picturesque views of the bay and marina. These bars are ‘suited and booted’ offering a great atmosphere complete with velvet couches and cosy blankets for outdoor seating on a chilly evening.

The Isle of Man is home to quite a few night clubs if you fancy hitting the dance floor! Dust off those blue suede shoes and head to the Douglas Promenade where you can find DJs, local acts, and international musical guests.

Island life is all about embracing a balanced life- so work hard, play hard and come see how the islanders let loose!