The Manx Language is part of our living culture. With over a century of community support to thank, agencies like Culture Vannin have been integral in promoting the revival of interest in the language with online resources and learning tools. Children in the Island are able to take Manx as a second language in school, and we have the world's only Manx Gaelic medium primary school.

We have compiled a list of words and phrases in the Manx language- some just for fun and some that might come in handy- especially when talking to the little people (our fairies)! 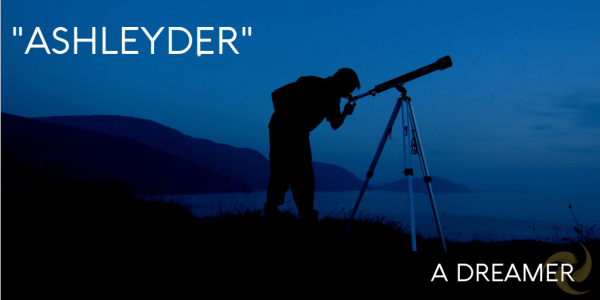 Home to 26 Official Dark Sky Discovery Sites, the Island is the perfect home for dreamers of all sorts. Many find the Island’s beauty and unspoilt nature a constant source of inspiration. We have a plethora of art groups, clubs and societies throughout the Island to feed and nurture creativity in all mediums. 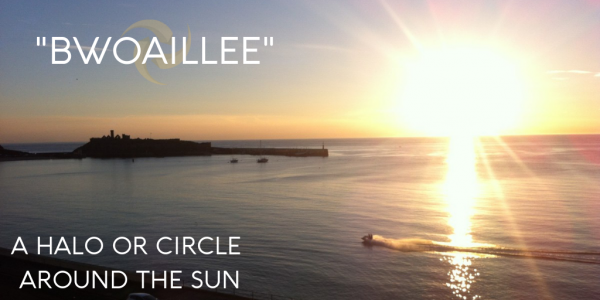 The Isle of Man has the best skies in the world (we may be just a tad biased…), with the western town of Peel showcasing spectacular evening light shows. Known as ‘Sunset City’, Peel is a popular spot for nature lovers, families and photographers waiting to catch the last glimpses of the ‘bwoaillee’ around the day’s sun. 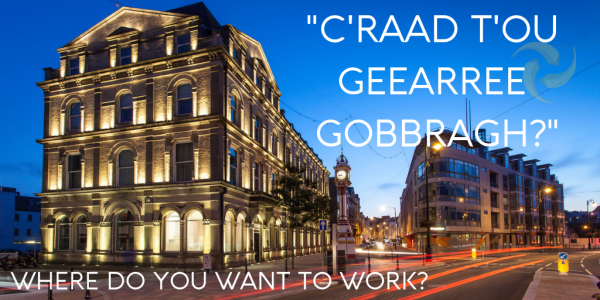 As a leading international business centre renowned for its innovation, the Isle of Man is home to a diversified economy encompassing both traditional sectors and emerging industries; all set against a backdrop of rolling hills and jaw-dropping vistas. With hundreds of vacancies across a variety of sectors, there has never been a better time to find your dream job in the Isle of Man. ‘C’raad t’ou geearree gobbragh?’ Start here. 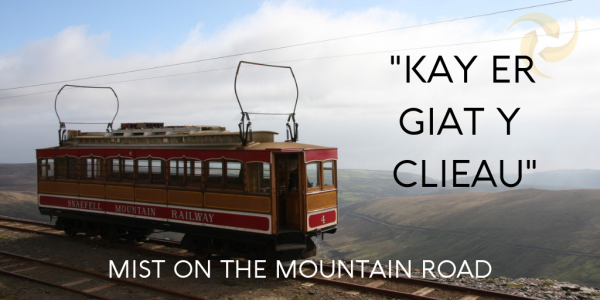 The Island’s namesake, Manannan is a Celtic sea god who notoriously wraps the Island in his ‘Cloak of Mist’ to protect us from danger. The best place to watch Manannan’s cloak roll in is atop Snaefell, our only mountain. From the top of Snaefell on a clear day, you can see the 7 kingdoms; England, Scotland, Ireland, Wales, Heaven, Sea and Mann. On a ‘not-so-clear-day’ you can walk around in Manannan’s cloak for your own walk in the clouds. 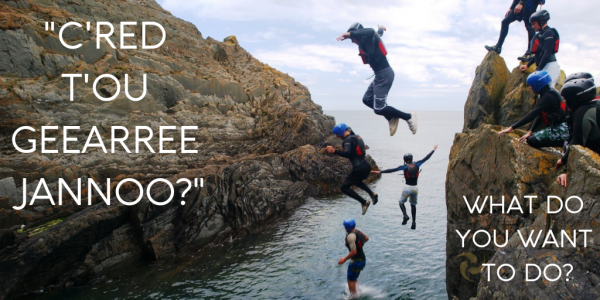 ‘What do you want to do?’ Such a simple question, but in the Isle of Man, the answers are endless! You can spend the morning hiking to Snaefell, the afternoon catching up on emails in one of the many communal work spaces and an evening kayaking in the Irish Sea. Sound too good to be true? It’s not. It’s home. 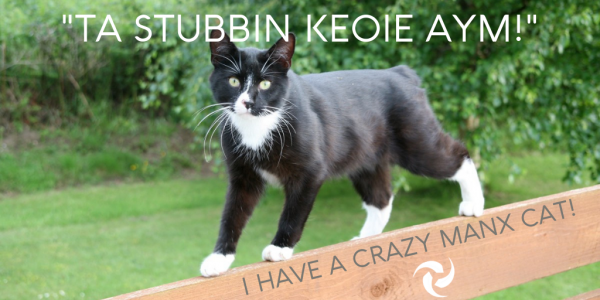 On the Isle of Man, we have our own breed of cat, the Manx Cat. These felines are famous for having no tail, but not all of them are completely tailless. There are actually quite a few classifications for the length of a Manx Cat’s tail (or lack thereof): Rumpy, Riser, Stumpy, Stubby and Longy. 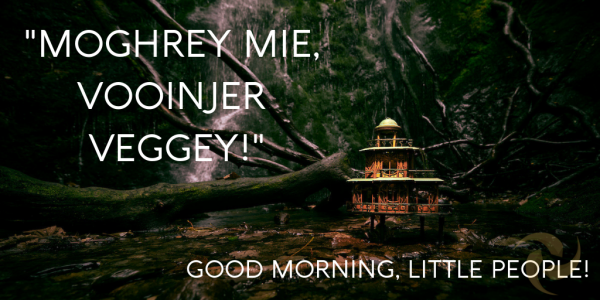 The Island is a very magical place! We have beautiful glens, amazing beaches and even have our very own fairies (or ‘little people’ as they’re known locally). Swedish Art Collective, Anonymouse MMX heard of our little people and were so inspired, they ventured to the Isle of Man to build them their own homes. These fairy houses are dotted around the Island’s glens- can you find them all? 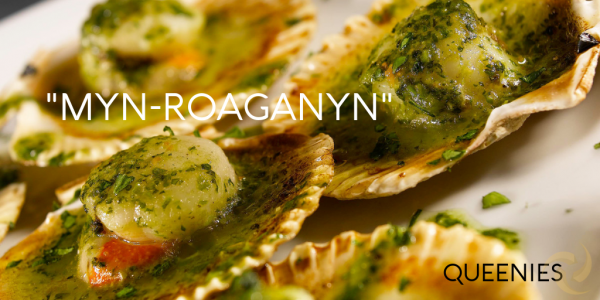 The Manx Queenie is a medium sized scallop, farmed in the Irish Sea. These delicacies are light, buttery, and succulent and can be found in many of the restaurants around the Island. Traditionally served in a white or cream sauce, Manx Queenies are a staple in most eateries (and for good reason!). In 2018, this little mollusc was named the Isle of Man’s National Dish. 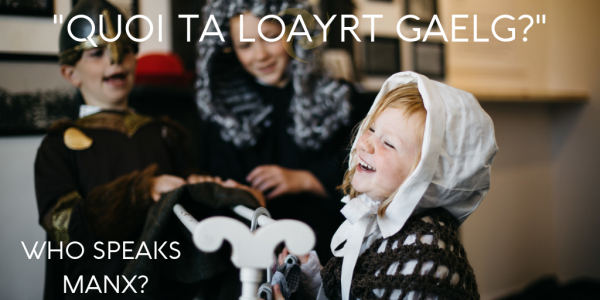 Manx is native to the Isle of Man. The Manx Language Network has set up language and cultural resources available online and tons of community activities. Why not try the 1,000 Words Challenge and get a jumpstart to learning Manx? 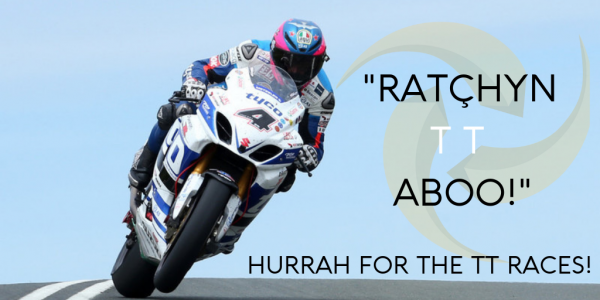 Every May, over 45,000 motorcycle racing enthusiasts from around the world make the pilgrimage to the Isle of Man. They line their favourite spots on the Island's hedgerows to secure the best vantage points to watch history being made before their eyes.

The TT Races (Short for ‘tourist trophy’) last for two weeks; one week of practice runs and the second for competition. The Sunday betwixt is ‘Mad Sunday’… and it lives up to the name. Practice is done and races are about to start, so Sunday is the day to unwind, de-stress and maybe even drive around the course. 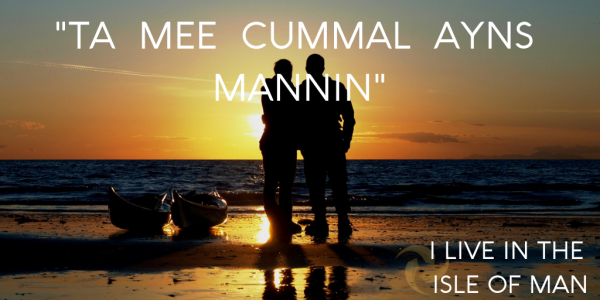 We are a proud Island with thousands of years of history. From remnants of a Palaeozoic ocean to Viking warriors and beyond, the Isle of Man has no shortage of heritage. The Isle of Man is a melting pot of cultures with over half of our current residents being born abroad. We know that each resident’s unique perspective and culture adds to the fabric of our society to create a special place to live and work. 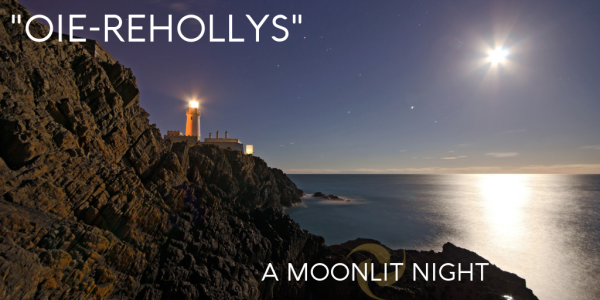 With so many Dark Sky Discovery Sites around the Island, we are able to fully appreciate the night sky in all its phases. Nothing is as beautiful or romantic as a stroll along the coast guided just by the light of the moon! 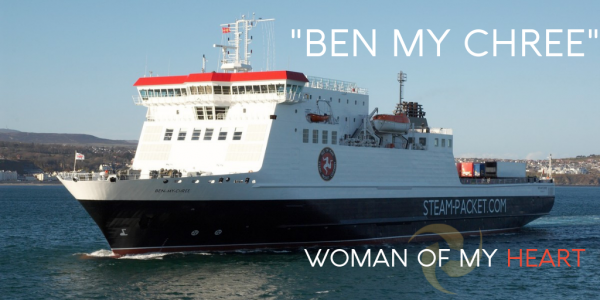 The Isle of Man Steam Packet Company runs ferries to and from the Island, UK and Ireland. One of the vessels is named the ‘Ben-my-Chree’ which is Manx for ‘woman of my heart’. (We think this makes the ferry journey even more special!) 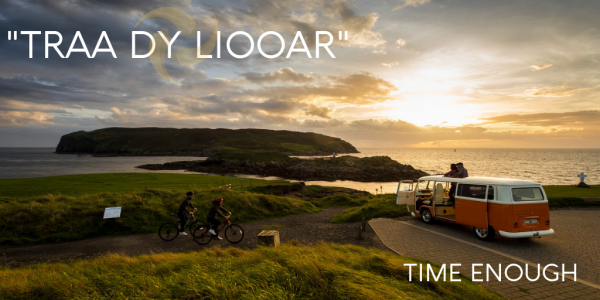 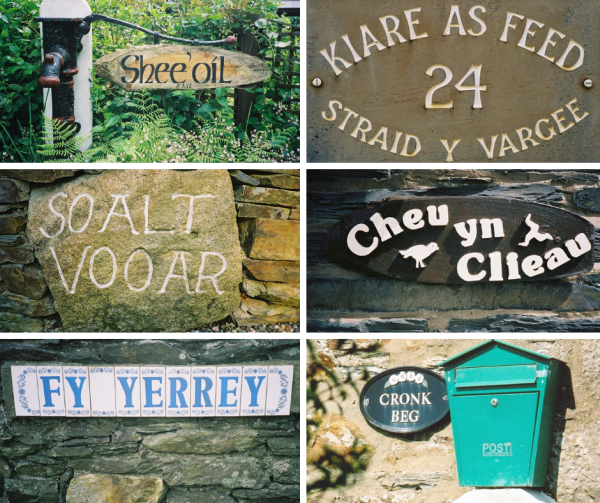