London to Mann: A Convert's Guide

Wondering if you're making the right decision leaving London and relocating here on the Isle of man?
In this article you will hear from a true London man, Martyn Anderson, and his experience moving to our small island...

Helping You Make The Right Decision! 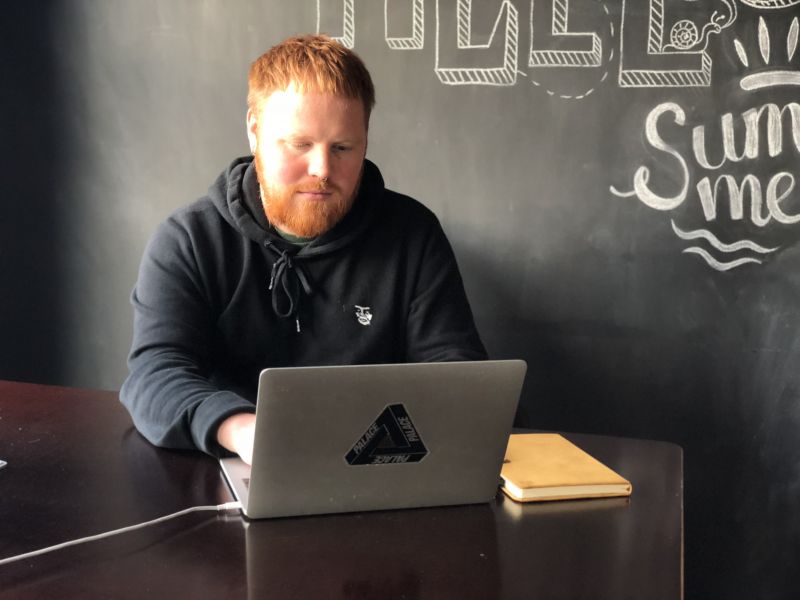 Many Londoners have made the move to the Isle of Man; for many it’s an opportunity to rediscover work-life balance, enjoy a better quality of life, to escape the hustle and bustle of the rat race or to enjoy a rewarding career in a vibrant and welcoming community and beautiful landscape, where rural life perfectly blends with city living. Whatever their reasons, for many, moving to the Isle of Man is a truly unique experience. Martyn Anderson, who made that very journey, tells us about his move to the Isle of Man from London.

In London I had a steady job in marketing, a job I decided to leave to set up my own venture in the Isle of Man. Whilst I loved (and still love) London, a lot of my time was spent trying to keep my head above the constant noise associated with living in the Big Smoke, where it’s extremely difficult to leave any form of enduring mark in a pond of that size.

My main motivation in moving to the Isle of Man was to save. For a house. For the future. If you’ve managed to buy a house in London that isn’t in Zone 34 then kudos to you, you’ve got my utmost respect, but most of the people I know who still live there are renting and will be way into their sixties.

I hope I milked London for all it had to offer. If there was a new restaurant opening or a new play in the West End I was there, without fail. Living in London for me was pointless if I didn’t make the most of what London had to offer. Surely, I could be living in the back end of nowhere with significantly cheaper rent if all I was going to do was to stay in and save. So, my partner and I made an unconscious decision to take London by the horns and ride the heady waves of hedonism for eight years, paying in excess of £20 for two drinks in a bar and thinking that we’d snagged a bargain.

But eight years later, and with nothing to show for my salary apart from a nice Macbook and a decent collection of footwear, we decided to move to the Isle of Man, where my partner is originally from.

Time for a change of scenery

I hate change. But I hate it until it happens, and then I’m its biggest champion. Which is what happened when the subject of relocating to the Isle of Man was raised.

My partner had been especially nice to me all day, an extremely unusual occurrence that I worryingly wasn’t suspicious of, which in hindsight was a softening tactic for the subject that was about to be broached. It was parcelled up with a bottle of wine and the conversational wizardry that my partner is so adept at, making me believe I had made the decision of my own volition when in reality it had been planted in my mind by him, the psychological sorcerer that he is.

My prerequisites of moving here were that it would only be short-term, three to five years at the absolute most, so we could move back to London with enough money saved to put down a deposit on a studio apartment in a dodgy area of Zone 34.

Falling for the Island’s charm

However, several months into living in the Isle of Man I was unabashedly smitten, and my five-year restraints had quickly evaporated. I’m here for the long-term and find myself regularly tagging my partner in real estate social media posts (I’m aiming to buy a mini castle on Fort Anne Road that’s on the market for just under £4million, so any donations would be greatly appreciated).

The friendliest of communities

People say ‘hello’ to me here. They smile at me in the aisles of Tesco. This is unacceptable behaviour in London that makes me instantly wary, checking my pockets to see if my wallet is still in situ. The first time someone said ‘hi’ to me out the blue here was during a walk in Tholt-y-Will, and my immediate reaction was to tear out his tonsils and demand he return my phone. But seven months on I smile at everyone.

I speak to people I don’t know, I regularly say ‘hello’ to fairies and I strike silent deals with a benevolent sea god called Manannán begging him to put his cloak away so that my Sunday morning walk isn’t put on hold; it’s worth noting that I’m very adverse to any form of exercise, so getting annoyed about not being able to shimmy through Archallagan Plantation is a massive step for my cardiovascular and respiratory systems; if anyone’s interested my asthma completely disappeared after three weeks on the Island!

Discovering the best quality of life

I’ve also learned how to deal with new emotions that I’m experiencing on the Island; namely patience, compassion and empathy, a Holy Trinity that I never had time for in London. Here, there’s a slower pace of life, and it’s something that took a while for me to adjust to. It’s difficult to feel anger when the beach, mountain and forest are all within minutes’ reach.

An Island full of professional (and personal) opportunities

I’m prouder to call this Island home than some of the ‘Manxies’ I’ve met. The opportunities here are amazing. As a copywriter, words have always been my most inexhaustible source of magic, and my living here has enabled me to become freelance with a steady client base, copywriting all day long.

The waters of copywriting are murky waters to tread, and it’s an oversaturated, heavily populated career that many people don’t understand. But the Island has provided me with countless quality opportunities to do what I love and make a living out of it, and it’s been the ideal environment to start my own business, Martyn Anderson Copywriting.

The current landscape of business marketing is so demanding and onerous that more and more businesses are employing freelance copywriters as means of producing content and copy without the outgoings of a salaried employee, and that’s usually where I’m drafted in.

Here for the long run

Whenever I tell Manxies that I’ve fallen in love and I’m in it for the long haul, the default response is that I’m yet to experience the cold and rain that’s synonymous with a Manx winter, and I shouldn’t make any decisions based purely on the lies told by the TT sunshine we experienced. My response is simple. I’m originally from Manchester. We invented rain and the cold. I’m going nowhere!