After 8 years of scraping by in London, Martyn followed his partner to his home, the Isle of Man. One year in and one start-up business later, Martyn is loving Island Life and the opportunities he’s found.

Martyn, thank you so much for chatting with us. Can you tell us what made you move here?

I moved to the Isle of Man in April 2018 from London. My partner is a born and bred Manxie and after living in London for eight years we decided it was time for a change.

We’d absolutely gotten everything we could from living in the capital, and the state of our savings and overdrafts could have testified that. We knew we wanted to get out of London and, having well-established roots on the Island, the Isle of Man was the next logical step.

Now that you’ve been here for a bit, how are you finding the Island?

On the Island there’s a much better work/life balance, and as a freelancer I can pretty much dictate my own hours. I just find I have more time to enjoy the Island outside of work. A lot of my time is spent in bars and restaurants, but there’s always something going on here, so my partner and I try to soak up as much of that as possible.

Sundays are usually reserved for walking, be that a plantation or a beach. Free time didn’t really exist in London. Monday-Friday you can get stuck in a perpetual cycle of working late, eating late and being too knackered to do anything afterwards. That’s just not the case anymore.

You mentioned you are a freelancer- can you tell us a bit more about that?

When I first arrived I followed the usual avenues trying to find a job as a copywriter. As I was looking, there were jobs in a myriad of different industries which all needed copywriters on board, and due to my personality, I didn’t particularly want to be stuck copywriting for one particular sector.

From this I made the decision to start my own copywriting service, which would enable me to work across multiple industries and varied projects.

What was it like starting a business in the Isle of Man?

Starting my own business has been a luxury that I would never have attempted in London. For me, London living required more stability than trying to build my own company would allow, so I did the whole Monday-Friday, 9-5 employment to make ends meet and pay rent.

Living on the Isle of Man allows your whole mind set to shift, and the support for any small business start-up is phenomenal. I’ve been building my own business for around five months now, and the uptake and response has been fantastic. I don’t know whether my business would have grown so fast had I setup elsewhere.

How was your experience applying for a work-permit?

As my partner is a bona fide Manxie, I was able to apply for an automatic work permit. When completing the paperwork I was informed that I should allow around two weeks for my application to be processed. This was on a Wednesday and by the Friday I’d received my permit; the ease and speed in receiving my permit was mind blowing. I kept double guessing whether I’d actually filled out everything properly!

Wow! That was fast! What other surprises has the Isle of Man given you?

It’s not terribly surprising, but my quality of life has improved to no end. The smog of London really affected my asthma, but after living in the Isle of Man for four weeks my asthma had completely gone and I’ve not needed my inhaler since, so that’s a little win.

I also get to spend time with the people I really care about. The thing I miss most is my family and friends, but in the first nine months, everyone that I wanted to visit me has done. It’s a testament to how amazing the Island is (and maybe how much my family and friends love me) that everyone’s planning their next visit already! 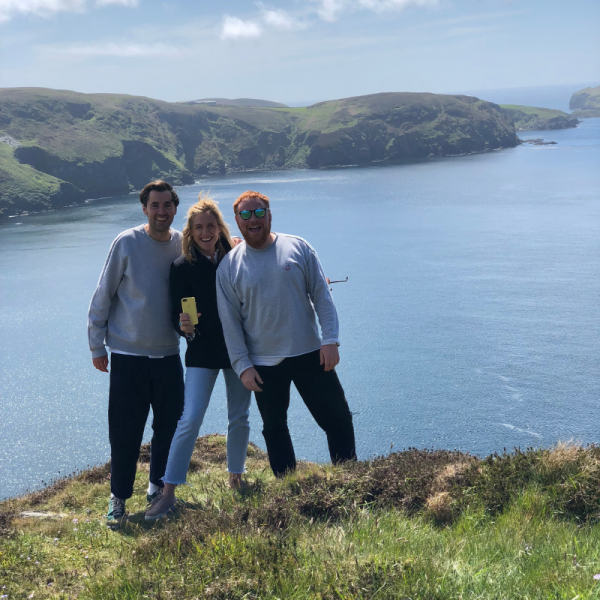 The Isle of Man had a reputation as being a place you retire to for a quieter life, but that couldn’t be further from the truth. There’s a huge creative scene which, for me, was a massive deciding factor in the Island as a destination. Yes, like any island, the Isle of Man has its idiosyncrasies, and it can be wonderfully weird, but I wouldn’t have it any other way.

Being a small island means one short journey can take in the beach, mountains and forest, and I don’t know many other places where the landscape can change so suddenly. And the scenery is breath taking.

What are the best-kept secrets in the Isle of Man?

Without a doubt, the sunsets. I’ve never been one of those people who really cared for a beautiful dusk; London hardened me and I just didn’t give a damn for that kind of thing. But an Isle of Man sunset is something else. I’ve actually pulled over whilst driving before for a photo opportunity. Even as a copywriter it’s difficult to put into words the beauty of an Island sunset. The sky just bleeds pink and copper. Nature knows a thing or two about putting on a performance here.

We couldn’t agree more. What would be your top tips for someone looking to move to the Isle of Man?

The opportunities here are manifold, and there’s something for everyone. My top tip for making the most out of the Island is to get out and do things. There’s always something on, and the Island has such a cultural identity that’s celebrated every day.

Immerse yourself in events, seek out people with similar interests, or if there’s something you’re passionate about that doesn’t have a lot of airtime on the Island then make it happen. You’ll be surprised how many people support a new idea or a new way of thinking. 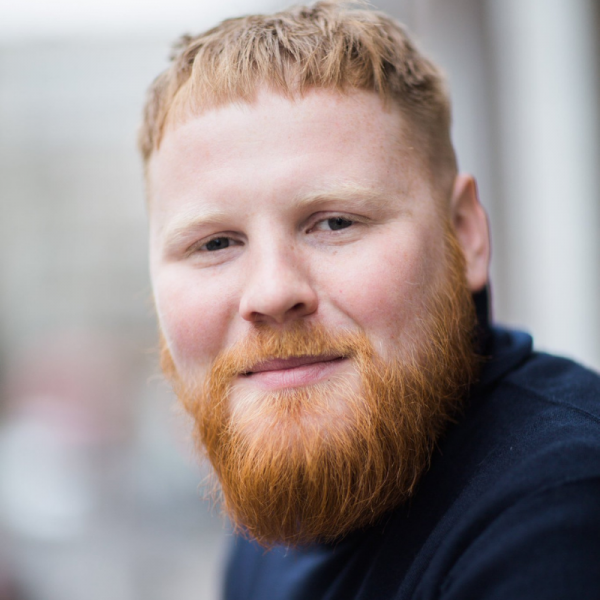